Four easy steps to order your book copy today. What are your waiting for?

Strange creatures appear on the doorstep of Emilia’s house, when the fourth reactor of the Chernobyl nuclear power plant explodes a few kilometers away. They remain in the town which is empty from the radiation and fear, raising the child as a Superhuman, and revealing to her the knowledge, which could change life on Earth forever.

When the apocalypse becomes yesterday, when the religion blesses sinners, and science – dreamers, when a miracle becomes commonplace, when birth becomes the end, and the end becomes the beginning, a new era will come. Era Emilia…

It was the twentieth year of my life and the tenth anniversary of my one-soldier war. The 3395th day, since they disappeared as suddenly as they appeared. They called me Era. However, I distinctly remember how Mom kissed both cheeks of her ‘little Emilia’ every morning. And I called them Heavens because there was not a single day when they all did not freeze as they were, raising up their bald heads with narrow-eyed pupils skyward. Those were the funniest thirty-two minutes of a day – you could check your watch by them – because for me, a little girl, every time, every single day, it seemed that every one of the seven Heavens emanated up to the farthest point of view an aigrette of coloured rays. When a random dull bird flew through it, its feathers shone with a green light for a while! Or blue, or red! But none of the Heavens shared my admiration – no sound was heard from them, no slightest movement was visible, their breasts did not raise with breath, and even the pouring rain could not make them shut those miraculous deep eyes of theirs even for just an instant. Later, while all seven aigrettes of my now vanished forever Heavens were still visible after rain, I ran to look for them and never could find them. Then I returned home to cry out my distress and take care of my fresh wounds. I remember how after my clumsy children’s games Mom took care of them. She got up from behind the table, leaving Daddy alone, washed my scratched knees, applied something thick and smelly from a white tube on them, dressed them with a bandage and then returned to the table. That table was a big mystery … My parents sat at it as if charmed, during the long evenings. When they sat down, they were sad and kind, and when they got up, they were already jolly and wicked. Sometimes, I spent a whole afternoon at the table when nobody was at home but did not understand why my parents’ eyes became blurred, and their words were muddled. “My little Emilia… You do not need so much… And that is why you are so strong, my little one… And your father and I are so weak… Weak…” And in half an hour, with a sharp and powerful mother’s voice, she commanded me to go to bed. Until the sun went down, I invented names for the clouds outside the window and counted new voices in our kitchen. How many of them could such a small house hold? When the clouds and roars of laughter had disappeared in the dark, calm, soothing dreams came…

When, like flies on a hot day, airplanes swarmed over the town, I was four years and four days old. Suddenly, the creamy taste of festive cakes, which I still kept on my lips, was mixed with something cold and metal, like the rusty pipes in the backyard that we used to lick on a bet with neighbouring children. Mom told me not to imagine things … For a few odd seconds, trouble shook the face of one or another of the almighty adults and just as quickly hid, leaving only a shade of shame for inappropriate thoughts. The evening news was watched, but not as usual – the tension held the backs of my parents unnaturally straight as if some unknown force pulled them by the tops of their heads upward, and their feet were firmly pressed to the floor – as if ready to instantly carry their master away from yet unknown danger. “My dear Emilia… This is just a little trouble at the big Station… They cannot deceive us…The TV tells us, Dad’s friends say… Why do I tell you that…? Why do I tell you that?” Mom was talking to herself. And I believed her, but still felt the metal sourness of the rusty pipes on my tongue and lips.

That night I saw the Heavens for the first time. They stood near our house, touching with their hairless heads the lower leaves of the tree. That tree was not too high, but apparently, neither Daddy nor Mom, let alone I could reach its branches, even dodging a little and bouncing. I saw them by chance because I came up to the window to look at how the lights of busy planes pierce the sky. And those two strange creatures, it seemed, deliberately did not avert their eyes from me. The pupils of their eyes were narrow, like a cat’s, when it blinked in the sun. In the artificial light of a distant lantern, I could easily see the perfectly flat but greyish skin of the Heavens, their narrow, almost invisible lips and even smaller, nearly absent, noses. I remember how I wondered, why they had such big heads with such small eyes, noses, and mouths. “What a waste!” Dad would certainly exclaim. But he slept, so I had to be surprised alone. It seemed that I saw one of the two strangers smiling before I left. When they quickly vanished into the darkness of the night, I returned to my bed, and I did not see either them, or the planes, or dream that night.

On April 27, 1986, they announced the general evacuation in my dull and quiet Pripyat. “Here we have a little trouble, my dear Emilia…” Mom mumbled hectically, closing the front door behind a familiar militiaman.

The floor littered with sheets of paper did not want to accept Mom’s prayers and curses – finding the right documents among the jumble was a task worthy of gold seekers. They were ordered to take only the most necessary things – and who in the world knew what a Soviet citizen needed most outside his unchanging home? “But… what is it… What is it?” Dad repeated, indiscriminately pushing random clothes into bags. “We can live without it for several days at least… Luckily it’s almost summer, and yet we never took a cat!” Mom was somehow distracting herself.  I was sitting on the floor in the middle of a small kitchen staring at a huge human carousel of fear. It was clear to me like a bright day that Mom was afraid in a different way, then when the old kitchen refrigerator broke down and buying a new one seemed a biblical miracle. Dad’s high forehead slouched all the way down to his eyes, and I was afraid that they would not be visible soon or that they would become so narrow as those of the two strangers beyond my window. The two of them … A persistent knock on the door brought my parents to their senses. I was forbidden to listen to what adults say, so I was still sitting on a single island of calmness in the middle of the kitchen floor, which always smelled of fried oil and onions. A deep, quiet voice seemed to sweep like a tide across the entire apartment. It could sing lullabies to children or read the train schedule at the stations. Its sounding, seemed to me, even lulled me for a while into a sleep – into the one where you can sleep sitting up. I caught some words and entire phrases. ‘Chornobyl’, ‘you must go’, ‘radiation’, ‘Emilia will stay here’, ‘you have no choice’… How so? How could I be here without my Mom and Dad? I knew too well that that day had been still a good dozen years ahead! I am still too small and unable to cook for myself three times a day! Maximum – twice: once to pour boiling water onto my oatmeal, and the second – to break eggs in a frying pan… And who would kiss me on my cheek every morning? And who would slouch his forehead down on his eyes if I were naughty?

I did not understand what that pleasant voice was rambling and waited for Dad to kick the living daylights out of him! Why did Dad keep silent? Mom? How could it happen that Mom was silent? I was harassed and dashed for the door – there were only two people there, and I did not know any of them. “Your parents had to leave town for a few days, they asked us to look after you because all your toys are here, and you just cannot leave without them, you will be able to play all day long and go to sleep whenever you want. And you will eat ice cream as much and as often as you wish. We will not abuse you, and we will teach you everything that we know.” I recognised them, those people who had one voice for two – they watched my window, touching the crowns of the trees with their heads.

“Just don’t kiss me on my cheek, because I don’t like you,” I agreed, realising that my Dad and Mom had decided everything without me.

“Weird strangers”, I thought, and nodded.

“The Whole Era”, they said and smiled.

73 000 words of excellent modern fiction.
Discover life hinges on an event of the quantum nature that happens right now.

eBook can be read on your Kindle, on any other electronic book device and even on your smartphone.

You can also order a printed book copy on Amazon, and it will be delivered to your address.

Leave your name and e-mail address here and we will send you a digital copy of the first chapter. 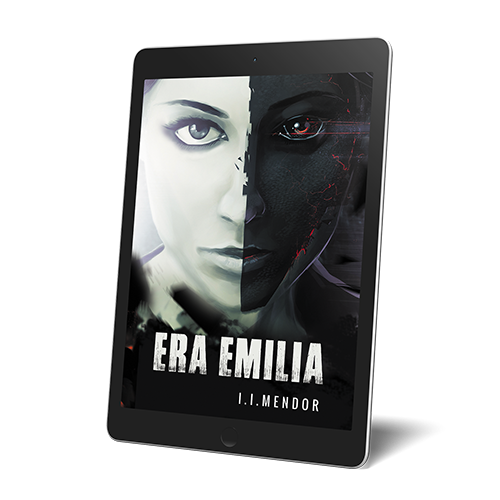 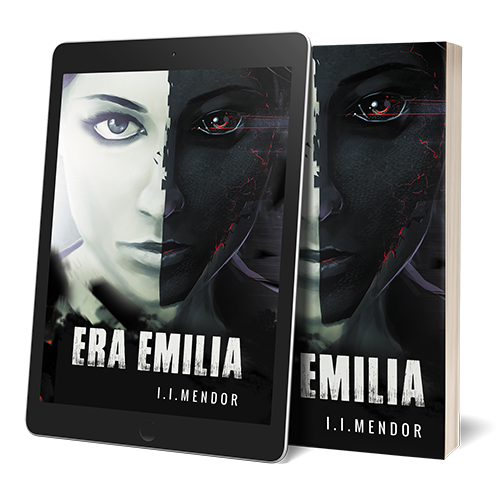 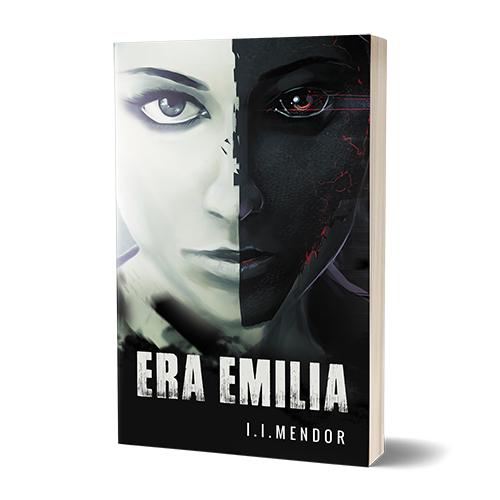